Pro-Bot is a more advanced robot with attractive design for children over 7 years of age to experience control techniques and screen programming. 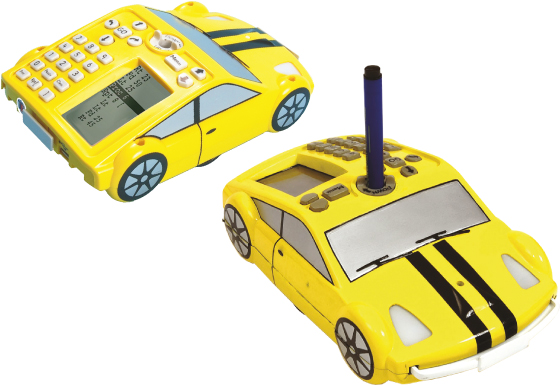 Touch and sound sensors offer a number of new options that can be used to build the program, and the pen holder allows you to plot the entire route. 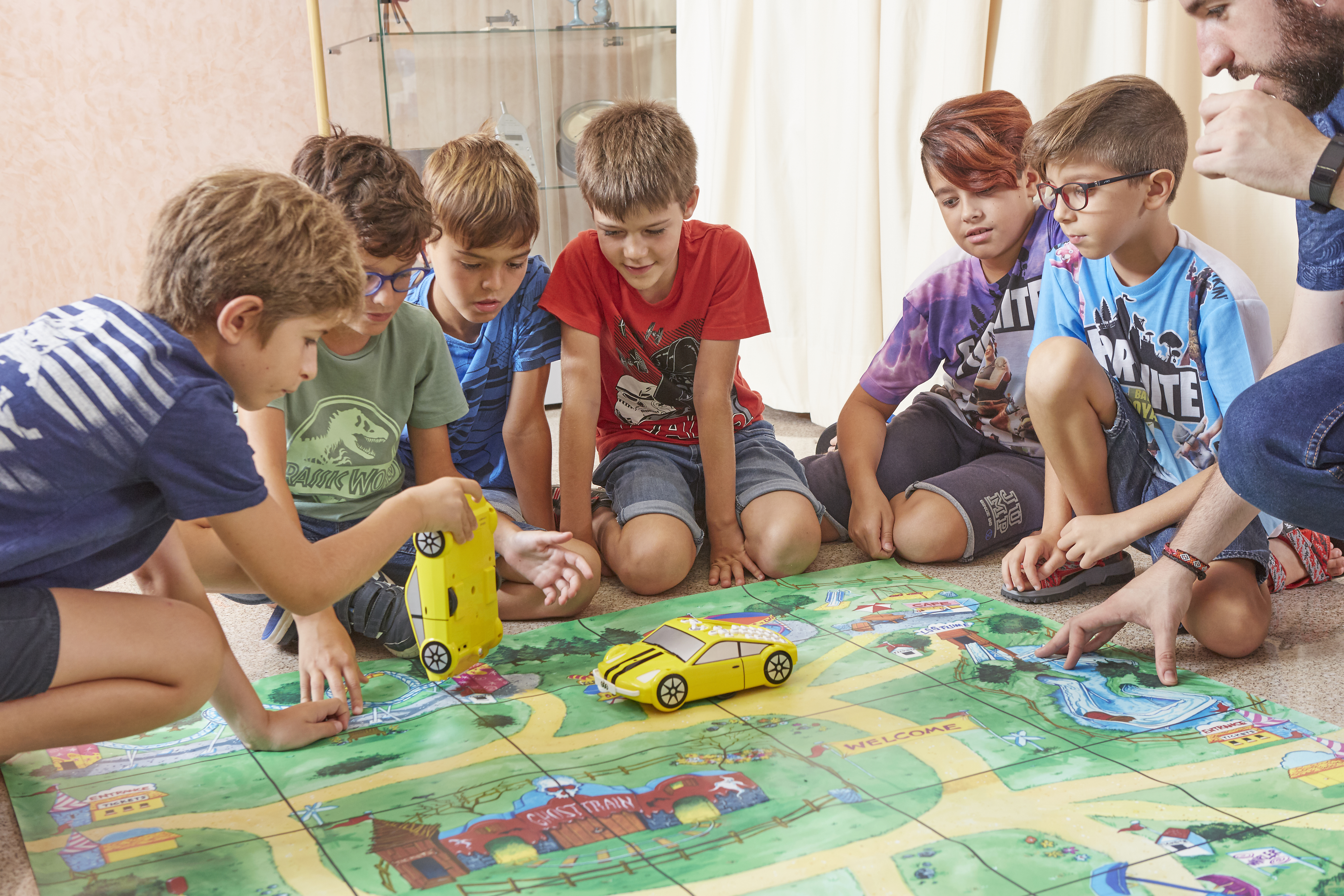 Ideal for children from 7 years

Pro-bot is suitable for elementary school children who already master the basics of programming with simpler robots such as Blue-Bot. It is ideal for KS2 programming and as an aid to the teaching of STEM subjects (science, technology, technology and mathematics).

Advanced programming techniques also bring new possibilities to use the Pro-Bot robot in education. Pro-Bot can be programmed not only with the directional buttons and LCD panel directly on its body, but also use the programming language LOGO in the software Probotix.

The Pro-Bot is powered by a built-in battery that you can easily charge using the included USB cable. When fully charged, the robot will last approximately 8 hours of normal use (approximately 2 hours in continuous use). If the battery is completely discharged, it may take up to 2 hours to fully charge.

To save energy, the Pro-Bot is equipped with a power saving function that is activated whenever the robot is not used for more than 5 minutes. To turn it on again, just press any button. In sleep mode, the robot consumes very little power, so a charged battery lasts longer.

Thanks to the backup battery, the Pro-Bot also remembers the set program even after switching off. 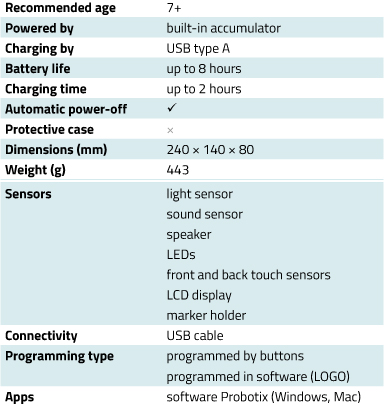 For feedback, the Pro-Bot is equipped with a loudspeaker and LEDs, that making it accessible to children with special hearing or sight needs.

The Pro-Bot has fully functional headlights that use a light sensor. With the touch sensors in the front and back bumpers and the sound sensor, you can also program Pro-Bot to respond to potential collisions and sounds.

Pro-Bot can be programmed, just like the Bee-Bot and Blue-Bot, using the directional buttons located on its body or using the Probotix software on your computer.

The built-in LCD panel makes it easy to edit the program, and highlights each step as execute it, so you can see what each command does.

There is also Probotix software that allows you to create programs and then transfer them to the robot via USB and vice versa.

When programming with the directional buttons, the Pro-Bot moves in approx. 25 cm steps and rotates 90 °. You can easily change the step length and angle – just type in the commands you are used to and add inches or degrees.

Pro-Bot works with the simple LOGO programming language, using several different types of procedures, each of which performs a specific function – 32 of them are fully user-definable, 5 are for sensors, and 3 are built-in invisible demo sequences. Repeated loops allow you to repeat any sequence of commands or procedures up to 999 times.

With the built-in pen holder, you can let Pro-Bot draw its path, or use one of the 37 procedures to create, for example, a star or a simple flower.

You can also mount the camera in the pen holder, or you can use the 4 mounting holes on the body of the robot, one in each corner that is compatible with the K'Nex kit.

To control Pro-Bot you can use the Probotix image programming system (sold separately or as part of the starter kit).

With the software you can easily program using the directional arrows or the LOGO programming language. The finished program is then easily uploaded to the robot via USB.

The application is available for Windows and Mac operating systems.