Ino-Bot is one of the most advanced TTS robots that can be programmed using Scratch language or via the application. 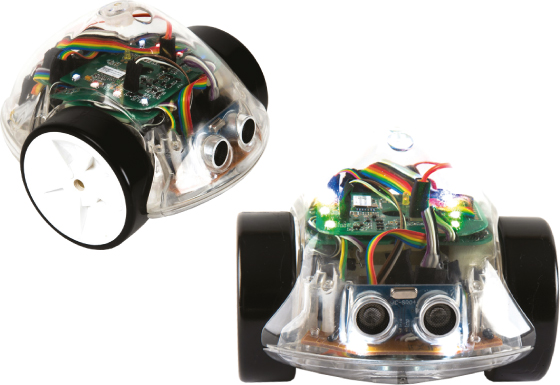 Children from 7 years can develop their programming skills with this robot and see results in real time thanks to Bluetooth connectivity. In addition, the transparent cover allows you to look inside the Ino-Boot, view the electronics and watch the built-in LEDs. 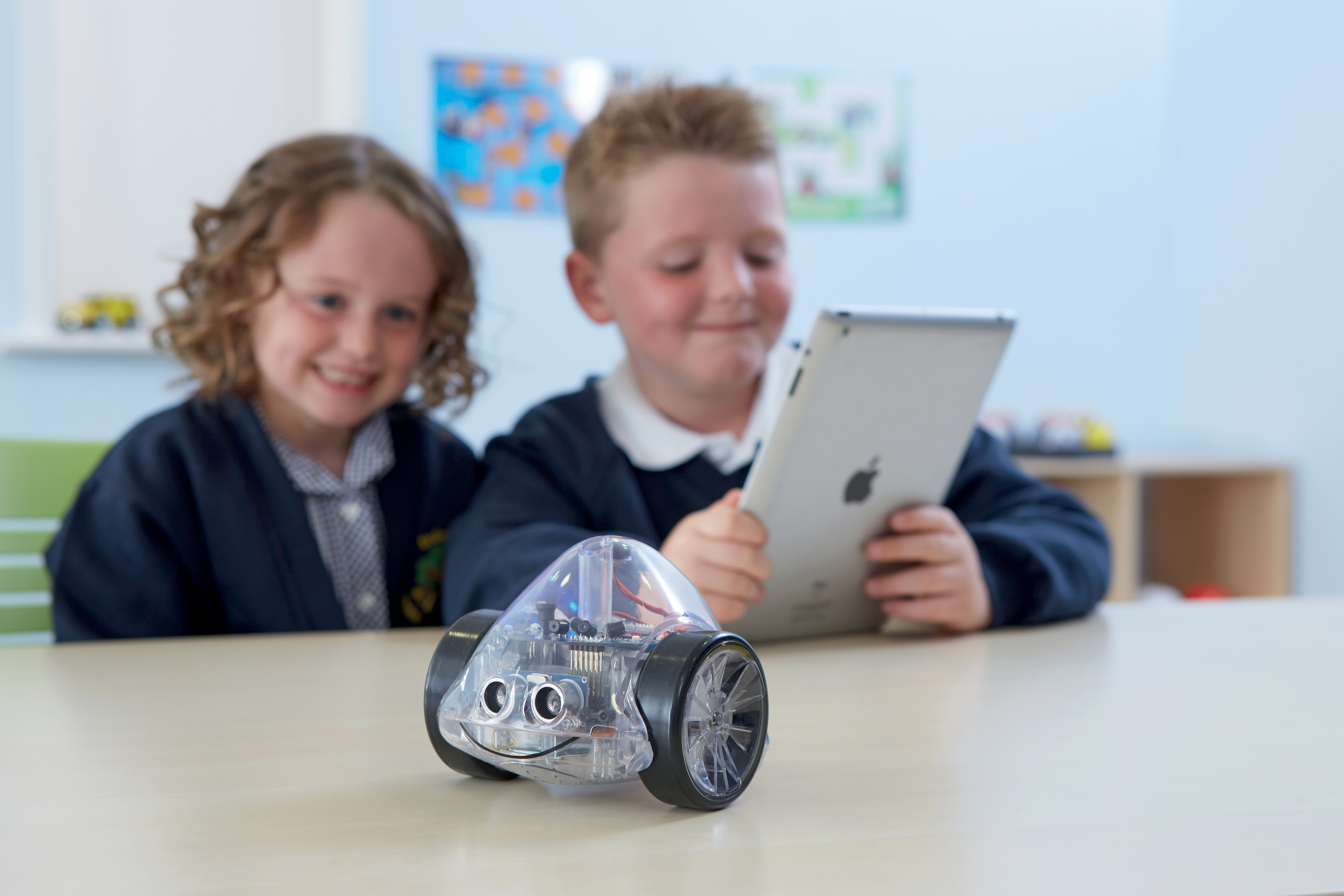 Ideal for children from 7 years

Ino-bot is one of the most advanced robots that children over 7 years of age can learn to use the Scratch programming language to create more complex programs. In this way pupils develop not only their programming skills and logical thinking, but Ino-Bot also stimulates their interest in technology and technology – its transparent cover encourages them to explore.

Ino-Bot has no directional buttons, so you need a tablet, smartphone or computer to program it.

The Ino-Bot is powered by a built-in battery that can be easily recharged using the included USB cable. When fully charged, the robot will last approximately 6 hours of normal use (approximately one and a half hours in continuous use). If the battery is completely discharged, it may take up to 3 hours to fully charge.

To save energy, the Ino-Bot is equipped with a power saving function that is activated whenever the robot is not used for more than 5 minutes. To turn it on again, just press any button. In sleep mode, the robot consumes very little power, so a charged battery lasts longer.

If you have multiple robots, you can easily charge them at once with the docking station. It allows to charge up to 6 Ino-Bot at the same time and can also serve as their storage. 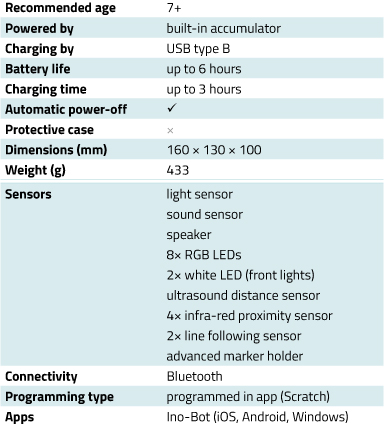 For feedback, the Ino-Bot features a loudspeaker, 8 RGB and 2 white LEDs, that making it accessible to children with special hearing or sight needs.

Ino-Bot can not only draw a path, but also has line-tracking sensors to follow a pre-drawn path. It can also measure distance using an ultrasonic sensor and is equipped with four infrared proximity sensors, a light and sound sensor.

The Ino-Bot robot is equipped with Bluetooth technology so you can see your results in real time.

Connect the robot to your tablet, smartphone or computer and start programming.

Ino-Bot hasn't command buttons like simpler robots, so you need a tablet, smartphone, or computer with application Ino-Bot to control it.

The robot is programmed using the visual programming language Scratch, which means it isn't limited by the length of steps or the angle of rotation. Plus, you can watch your program in real time and edit it if necessary.

With the built-in pen or marker holder, you can program the Ino-Boot to draw basic and complex geometric shapes, digital numbers, or letters. In addition, the pen lift / lower mechanism allows the robot to be programmed to not draw continuously.

The pen holder can also be used to attach to the camera.

You can also use the Scratch controller, which is an ideal alternative to using the keyboard or mouse in Scratch program, to extend its possibilities and Ino-Boot features. In addition to the directional buttons, it is equipped with a potentiometer, 4-way tilt sensor and offers additional Scratch Blocks. You can also use the Scratch Rainbow Matrix, programmable light table, with 64 individually adjustable RGB LEDs.

To control the robot, you need to use the Ino-Bot application, in which you program the desired path using the visual programming language Scratch and you can simply repeat the algorithms. All you need is a tablet, smartphone or computer that is equipped with Bluetooth.

The application is free for download and is available for iOS and Android.