Enjoy even more fun and move the Fable robot with the latest Fable Spin module. It hides several sensors and new possibilities for teaching children from the age of 8 the skills needed in the 21st century in a fun way. 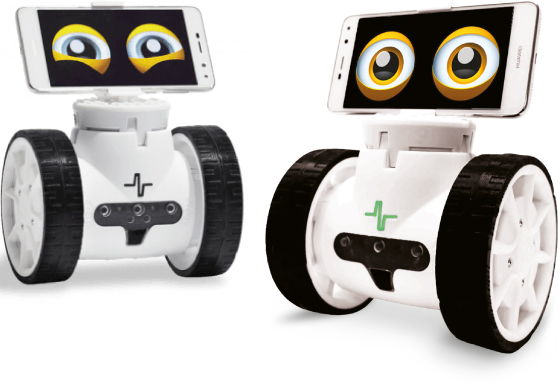 Spin can be programmed by assembling blocks with commands (Blockly) or by writing code in the Python programming language. It just depends on your abilities. 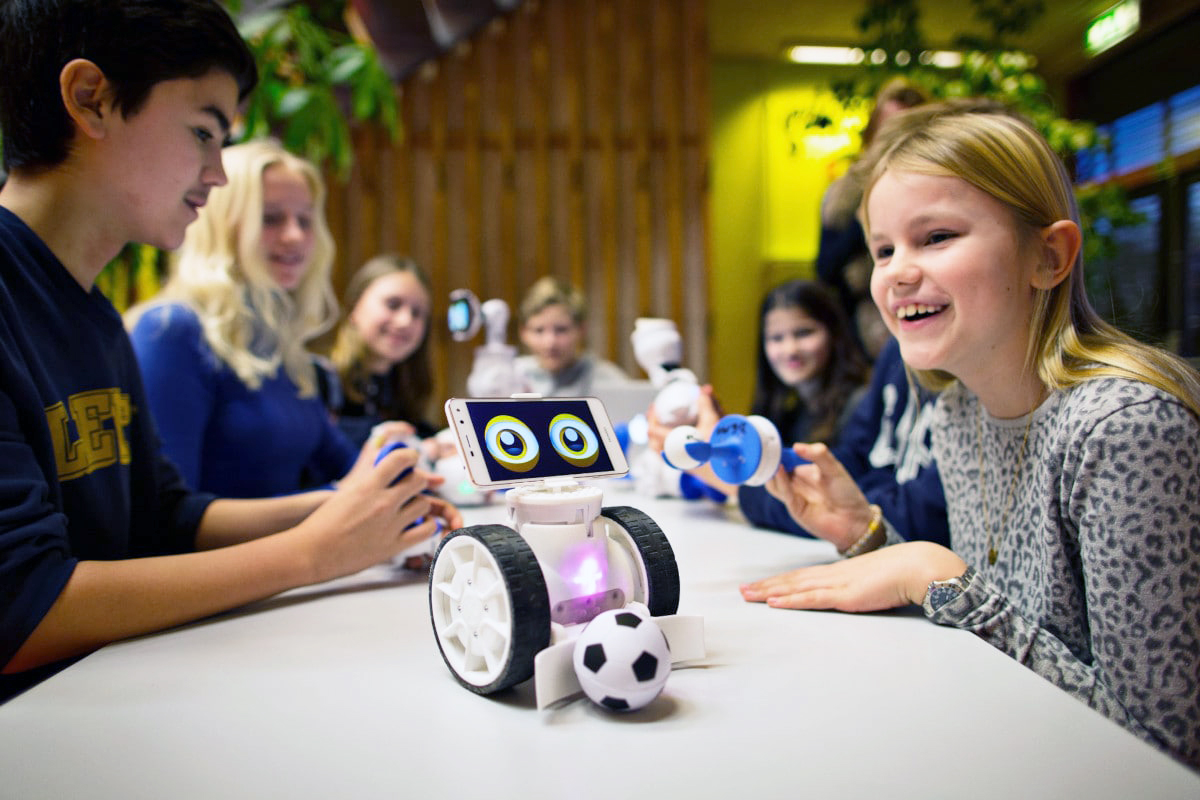 Ideal for children from 8 years

The Fable modular robotic set used to be able to be assembled in many different forms, but only now you have the opportunity to move it, thanks to the latest Fable Spin module. In addition, it is equipped with several sensors that you can use in teaching.

You can program Fable Spin wirelessly using an interface running on a PC or Mac and a USB dongle, or download the application to a tablet or smartphone and choose the difficulty according to your knowledge – simple Blockly, advanced Blockly, and Python programming.

There are many teaching lessons and materials available for the Fable robot, which can be used in a wide range of subjects, such as introduction to programming, computer science, scientific and technical subjects, or teaching engineering and mathematics (STEM subjects).

The Fable is equipped with a built-in battery that you can easily charge using the included USB cable.

Fable Spin is equipped with two rotary connectors with encoders, which you can program independently of each other and thus get the possibility of precise 360° rotary movement. For the robot to be moved and safely avoid obstacles, it has built-in distance sensors in the body, which together with light, color, and infrared sensors for communication make the Fable Spin a fun partner and endless possibilities of use.

You can also connect a smartphone with the Fable Face application installed to Fable Spin via Bluetooth and turn it into a social robot, the expression of which you can use algorithms to adapt to your mood or teach the robot to speak thanks to the text-to-speech function.

Fable Spin is controlled via a PC and USB dongle, or via an application on a smartphone or tablet. For this reason, the robot is equipped with Bluetooth.

Programming with blocks and text

Fable Spin can be programmed via laptop or application connected through Bluetooth.
Thanks to the three levels of difficulty, children can gradually widen their programming skills. Both beginners (using the simple Blockly method) and more advanced students can program (Blockly using mathematical functions, variables, and logic) as well as those who can already write their program because they can use the Python programming language.

Fable Spin also offers the possibility to process data obtained from sensors and experiments into graphs, which you can save for later analysis, eg in MS Excel.

Fable Spin can be freely combined with the same modules and accessories as Fable.
You can choose from three types of modules – functional, construction, and extension. Each of them brings with it several options for completing the robot and learning something new.

There are many accessories already in the basic set, so you can start enjoying the fun right out of the box. In addition to the module with wheels, you will find a USB dongle and a smartphone holder (suitable for using the Face App), a 3XY module, modules for connecting Lego kits, and for connecting 3D models, which you can print yourself if you have a 3D printer.

If you want to equip the whole class with the Fable system, you can choose one of the prepared class sets.

You can program the Fable Spin robot via laptops or desktop computers running with Windows, Mac, Chrome operating systems, or via smartphone or tablet in the Fable Blockly application, which is available for Android and iOS. Both variants offer the possibility of programming in both Blockly and Python, into which any block program can be translated and then modified and extended.

For smartphones, you can also download the Fable Face application for building interactive „social“ robots, experimenting with algorithms, using them to control and visualize the robot's eyes, or use the phone's accelerometer.