The Smart Train from Intelino is not just an ordinary train, but it is a great tool for children from the age of 3, which enables them to gain experience in the basics of programming. 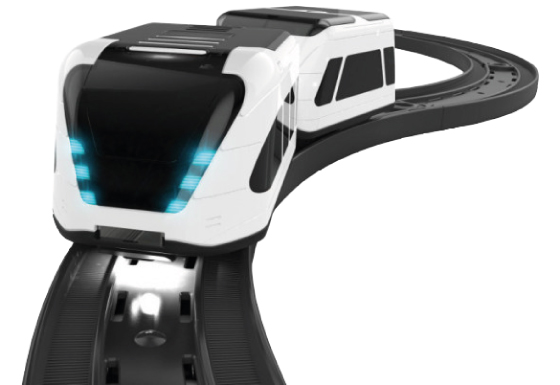 All you have to do is to place colored pieces in the rails according to what you want the train to do, and then just watch how the train can easily cope with the entered commands thanks to the built-in sensors. Older children can control the Smart Train via the application or try programming with the visual programming language Scratch in an online editor. 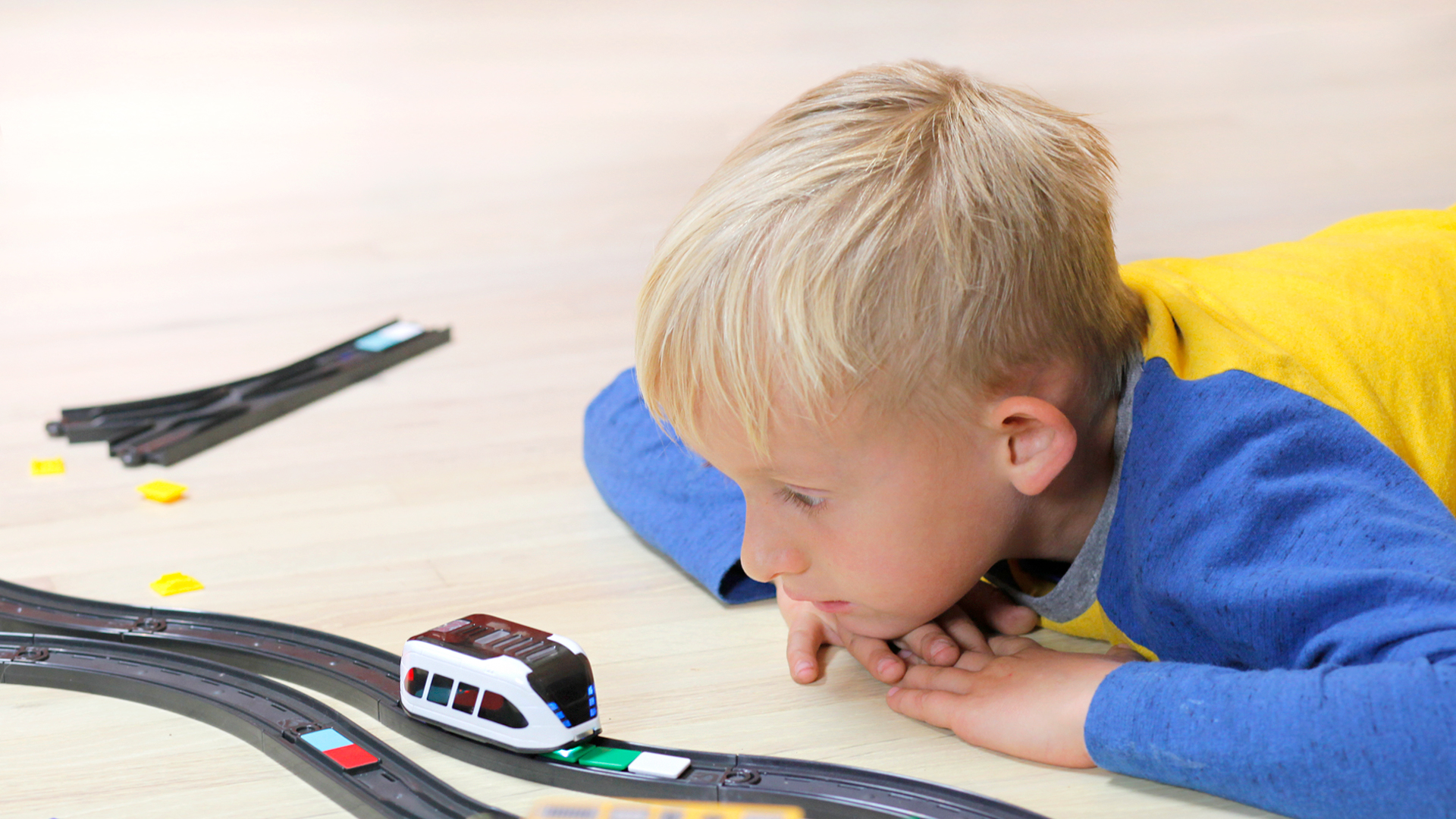 Ideal for children from 3 years

The Smart Train will easily learn to control the youngest children from 3 years because one just need to build a railway and place the coloured pieces to program the train. Different combinations represent different commands (17 basic variants can be found in the package). The rails are durable and easy to snap, the placement of pieces also helps small programmers practice fine motor skills. Another big advantage is the possibility of adding an adapter and easily connect the Intelino track with most wooden rails that you may already have at home or at school.

The Smart Train can be controlled also via an application, thanks to which you will feel like a professional train driver. The application offers a semi-automatic mode with preset commands or manual drive, where the speed and direction are entirely up to you because you get to take full control of the train. The Snap Editor lets you easily create custom commands based on the magenta snap.

The more advanced little programmers can then try color block programming in the online Scratch Editor.

The Smart Train is powered by a built-in Li-Pol battery, which you can easily recharge by the micro USB cable included in the package. When fully charged, the train lasts approximately 90 minutes when normally used. You can monitor the battery status thanks to the LED located on the roof of the machine.

Much more than just color sensors

For the Smart Train to be able to carry out the given commands, it must be equipped with color sensors. These are located at the bottom of the machine at the front and back. In addition, the train also has a speed sensor to show you how fast the train is going, capacitive sensors for interacting with the user, a triaxial accelerometer, and more.

Color LEDs and a microphone provide children with feedback, but also offer space for other programming options. 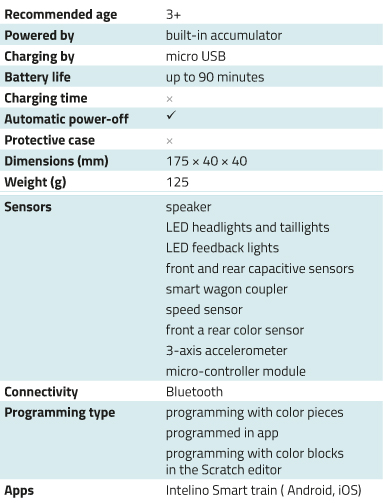 Due to the possibility of controlling the Smart Train via the application, the train is equipped with Bluetooth technology with a range of up to 9 meters.

Programming for beginners and advanced users

The Smart Train can be programmed in several ways, from the simplest way of assembling colored pieces to the use of the visual programming language Scratch.

In the package, you will find 17 basic combinations of colored pieces, including the definition of the command which they represent. In addition, you can also program your variations in the application.

However, the application offers much more – in manual mode you can change the speed and direction of the train, disconnect the carriage or adjust the color of some LEDs and play with sound effects.

For those who want to try the „real“ programming language, there is the online editor, where you can build a program from colored blocks with individual commands. Thanks to the puzzle system, children will learn which commands cannot be given for themselves because they do not „fit“ together.

In the package, you will find a basic set of splitters, bends, and straight rails in a double-sided design, which in itself offers several options, but if you still want a more complex and longer railway, you can expand it.

You can use the expansion pack directly from the Intelino, where you can find not only 20 other pieces of rails, but also 40 color programming pieces, or get a universal adapter to connect the Intelino track with common wooden rails. This reduction a smooth transition between different materials and compensates for the difference in their height.

You can use the application of the same name to expand the possibilities of controlling and programming the Smart Train. It turns your smartphone or tablet into an interactive train dashboard with a range of features and instant feedback.

It can also be used to control the carriage's coupler, adjust the colors of the headlights and taillights, or switch between different themed sound packages (City Express, Police Transporter, …).

The application is free to download and is available for iOS and Android operating systems.

The Web Scratch Editor can be opened on any desktop computer, laptop, and tablet with Bluetooth technology so that you can pair the device with the train. Its use is free and is available in the Czech language.